We have reached the halfway point in the 2020 legislative session, and we’re running at full speed with lengthy debates in Committee and on the Senate Floor. This included the marathon hearing on legislation that would implement the education recommendations of the Kirwan Commission. Senator Mary Beth Carozza also had hearings on two of her bipartisan small business initiatives, and she advocated for farm families as a member of the Senate Education, Health, and Environmental Affairs Committee.

Senator Carozza participated in the joint bill hearing on Senate Bill 1000/ House Bill 1300-Blueprint for Maryland's Future - Implementation on Monday, February 17. The legislation was considered before four committees: Senate Budget and Taxation; Senate Education, Health, and Environmental Affairs; House Appropriations; and House Ways and Means. This legislation would implement the recommendations of the Commission on Innovation and Excellence in Education (Kirwan Commission). Senator Carozza was a late appointee to the Kirwan Commission.

During the hearing, Senator Carozza asked questions pertaining to two major areas: the failure of the Kirwan legislation to address the challenges of the school learning environment and working conditions, and the lack of prioritization and flexibility for local school jurisdictions to make education policy and spending decisions at the local level. Carozza also raised concerns that the accountability section of the Kirwan legislation fails to focus on student outcomes tied to student performance.

“After three years of working on major education reform, there is little in the Kirwan legislation that addresses the challenges of disruptive students nor any serious reforms to improve the student learning environment or classroom and school management for our teachers and school leadership,” said Senator Carozza.

“I will continue to use my position on the Senate Education, Health and Environmental Affairs Committee to push for prioritization of the Kirwan recommendations that factors in local affordability, more local authority and flexibility for our local school districts, and initiatives that increase the responsibility of ensuring that every classroom is free of chronic disruption.”

Senator Carozza had two bill hearings on her small business initiatives that are a part of a bipartisan Senate Small Business Workgroup on Thursday, February 21. The bills were Senate Bill 403— Labor and Employment—Maryland Wage and Hour Law—Agricultural Stands and Senate Bill— Labor and Employment—Maryland Healthy Working Families Act—Verification. Both bills were heard in the Senate Finance Committee.

Senate Bill 403 would exempt farmers markets and produce stands from the Maryland Wage and Hour Law passed in 2019 and is cosponsored by Senate President Emeritus Thomas V. “Mike” Miller, Jr.

“After meeting with members of our local Chambers of Commerce, farm bureaus, and community organizations over the summer, it became clear that we needed to take action to clarify that the current agricultural exemption in the minimum wage law covers farmers markets and produce stands,” said Senator Carozza. “I am thrilled that Senate President Emeritus Miller has agreed to work with me on this legislation to clarify that the current exemption in the minimum wage law includes agricultural stands and retail farm markets.”

Senate Bill 404 would authorize an employer to require verification that earned sick and safe leave is used appropriately when the leave is used during the period between 107 and 120 calendar days. With the current seasonal exemption for paid sick leave set at only 106 days, seasonal employers have experienced staff shortages at critical times during the season. This minor revision to current law simply allows the employer to require verification and if the employee fails or refuses to provide verification as required by the employer between the 107 and 120 day time period, the employer may deny the request during that time frame.

“My bipartisan legislation would allow seasonal employers to require that an employee used sick leave appropriately during the period between 107 and 120 days,” Senator Carozza said when speaking about her additions to the legislative package, noting that the current verification provision has had little to no use to most seasonal employers and needs to be clarified so it is workable for both employees and employers.

The Senate Education, Health, and Environmental Affairs Committee held a hearing this week on legislation that would impact the Shore poultry industry. Senate Bill 928 would require that any farmer applying for a new concentrated animal feeding operation (CAFO) permit in a county where more than 30 percent of the acres tested for the Phosphorous Management Tool (PMT) have a Fertility Index Value of 150 or more to complete a burdensome manure transport plan. During the hearing, Senator Carozza questioned the need for this legislation, which would impact farmers in Somerset, Wicomico, and Worcester counties.

“This bill creates more regulations on our farmers, is duplicative, and would cause financial harm to our local farmers who already are required to comply with the nutrient management law,” said Senator Carozza, who regularly uses her position in Committee to advocate for Shore farm families. 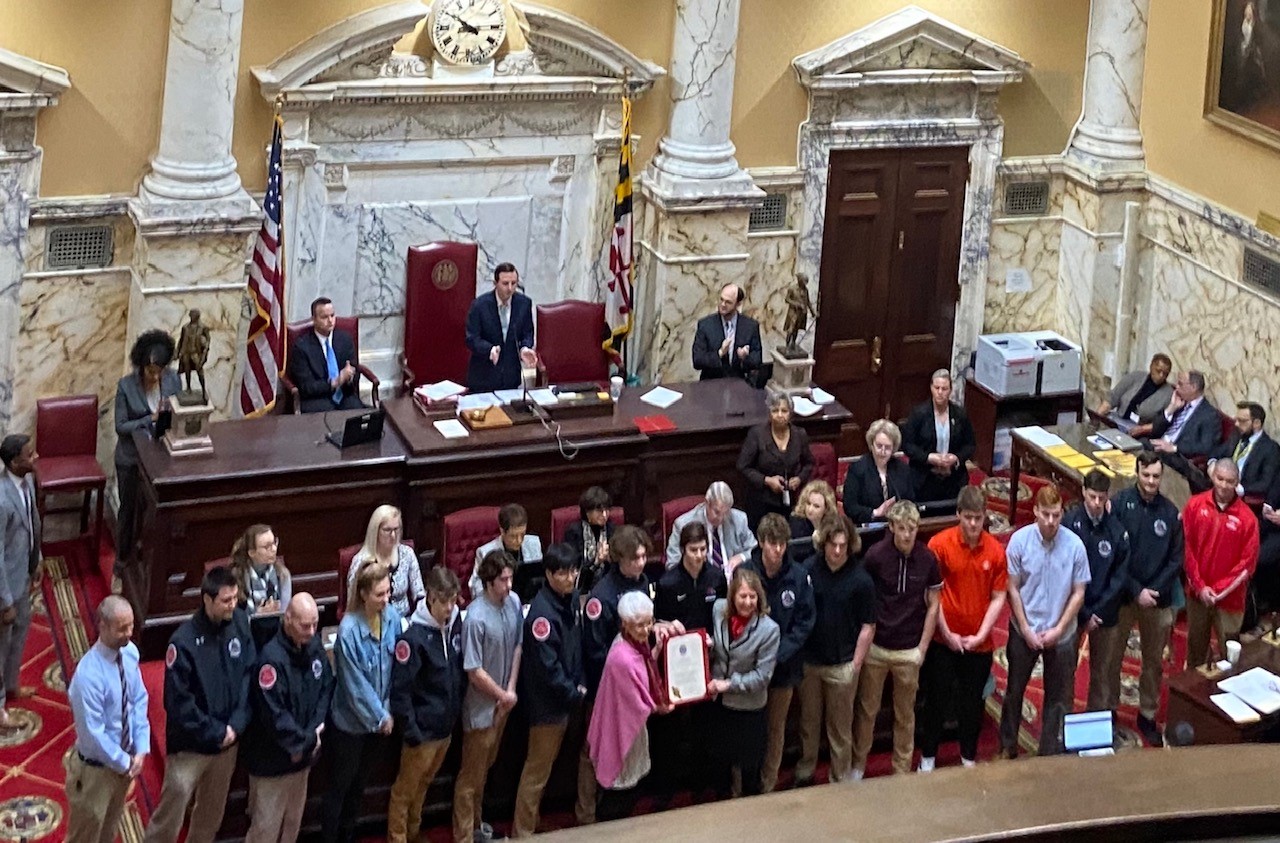 The James M. Bennett Varsity Baseball team was recognized on the Senate Floor for winning the 2019 3A State Championship. Go Clippers! 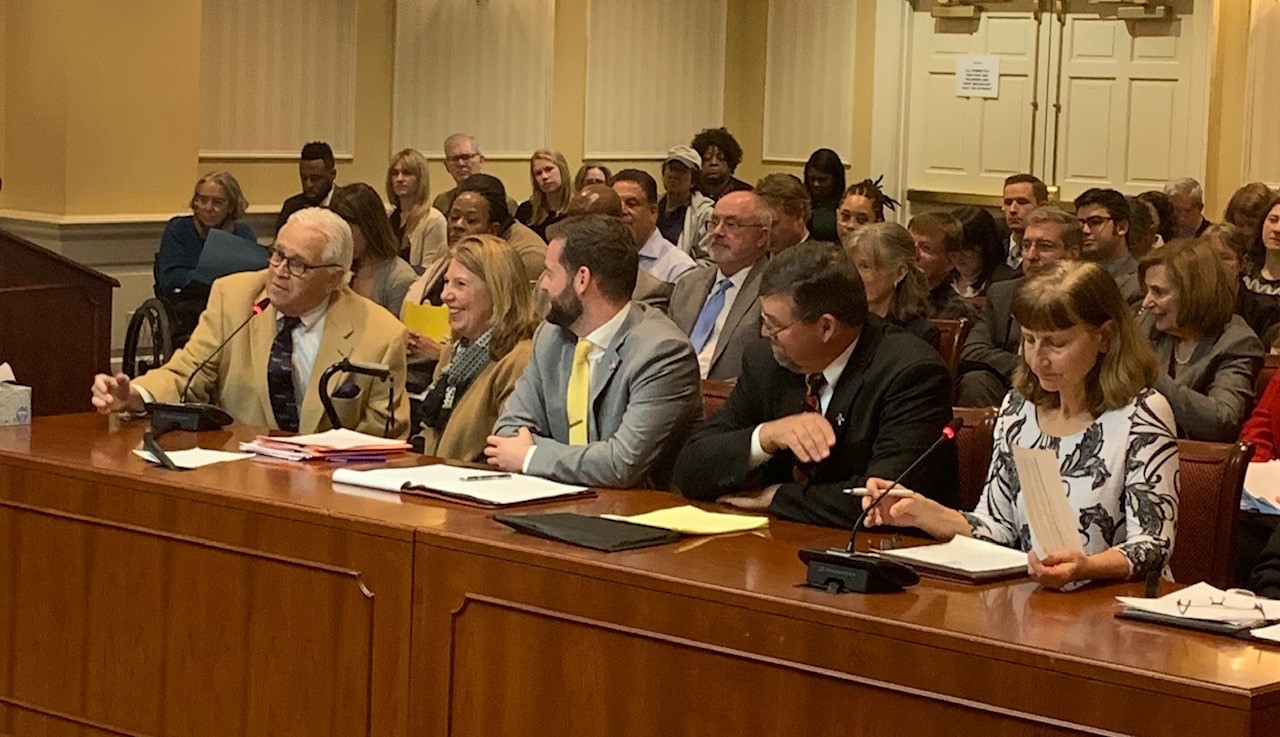 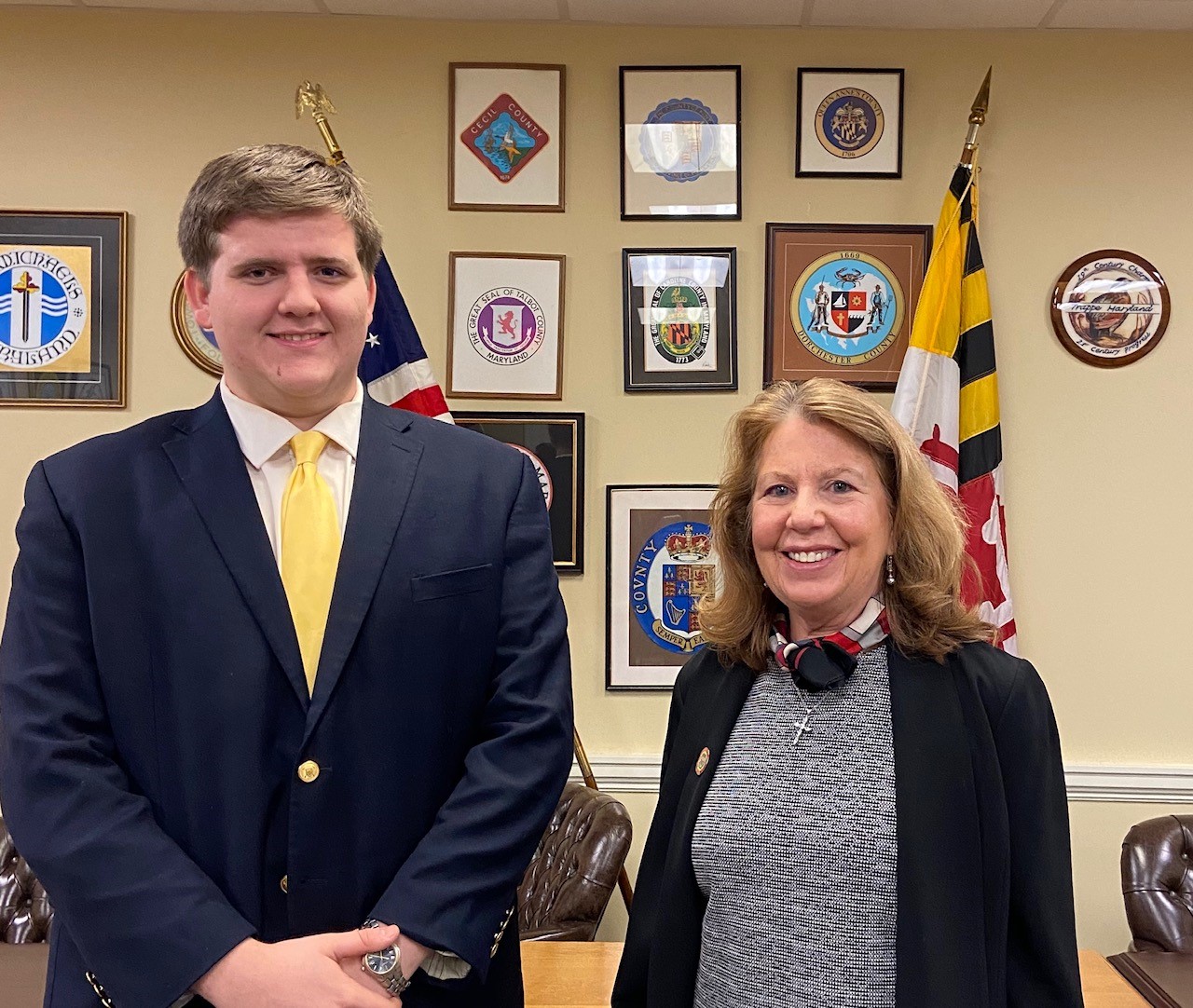