The halfway point of the 441st session is fast approaching as more legislation is moving out of committee and on to the Senate Floor. This includes legislation with strong local support and opposition. A special joint session was held for the unveiling of statues of Frederick Douglass and Harriet Tubman in the Maryland State House. In addition, Senator Carozza participated in a press conference with law enforcement officials in opposition to legislation that makes Maryland a sanctuary state. Senator Carozza also visited with constituents who traveled to Annapolis to advocate for a variety of issues.

“It was a very moving experience to be part of this special joint session and to see the unveiling of these powerful sculptures of Harriet Tubman and Frederick Douglass in the Old House of Delegates Chamber,” said Senator Mary Beth Carozza. “I encourage my constituents to add this meaningful attraction to the list of ‘must do’ stops when they visit Annapolis.”

LOCALLY-SUPPORTED LEGISLATION PASSES SENATE
The full Senate voted to pass three bills with strong local support: Senate Bill 176—Wicomico County— Landlord and Tenant— Repossession for Failure to Pay Rent— Procedures; Senate Bill 231—Sexual Solicitation of a Minor - Solicitation Through Parent, Guardian, or Custodian - Prohibition and Penalties; and Senate Bill 28— Solid Waste Management - Prohibition on Releasing a Balloon Into the Atmosphere. Senator Carozza voted for all three of these bills.
Senate Bill 176 would provide more notice to a tenant facing eviction in Wicomico County so they can remove their belongings from the property. Representatives from Wicomico County and the City of Salisbury testified in strong support of this legislation during the hearing. Senate Bill 231 would increase penalties for the sexual solicitation of a minor and has the support of the Worcester County State’s Attorney’s office, with Assistant State’s Attorney Karen Dean testifying in support of the bill. Senate Bill 28 prohibits the release of a balloon into the atmosphere and is supported by the Ocean City Surf Club and Ocean City and Ocean Pines Chambers of Commerce, with Ocean Pines Chamber Executive Director Kerrie Bunting testifying during the hearing.

CAROZZA JOINS WITH LAW ENFORCEMENT IN OPPOSITION TO SANCTUARY POLICIES
Senator Carozza attended a press conference on Tuesday with Wicomico County Sheriff Mike Lewis and Somerset County Sheriff Ronnie Howard and Chief Deputy Paul Keplinger in strong opposition to legislation that would make Maryland a sanctuary state.
One of the proposed pieces of sanctuary legislation would prohibit governmental entities in Maryland, including Worcester County, from housing immigration-related detainees as of October 1, 2021. Along with the Maryland Police Chiefs and Sheriffs Association, the Worcester County Commissioners are unanimously opposed to this legislation. 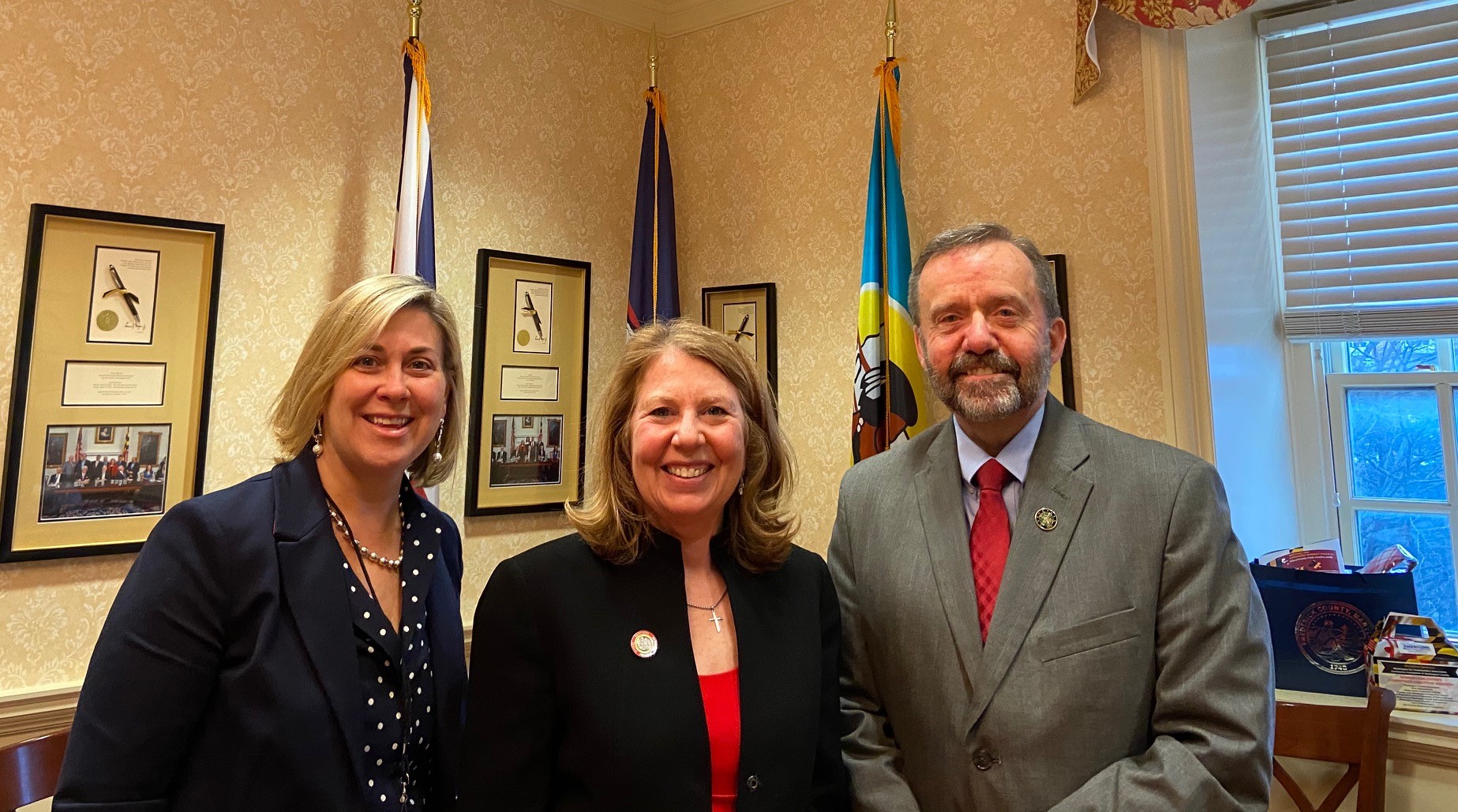 (l to r): Judge Abigail Marsh, Senator Mary Beth Carozza, and Judge David Martz. Both judges were confirmed to the District Court for Wicomico County by the Senate of Maryland on February 14. 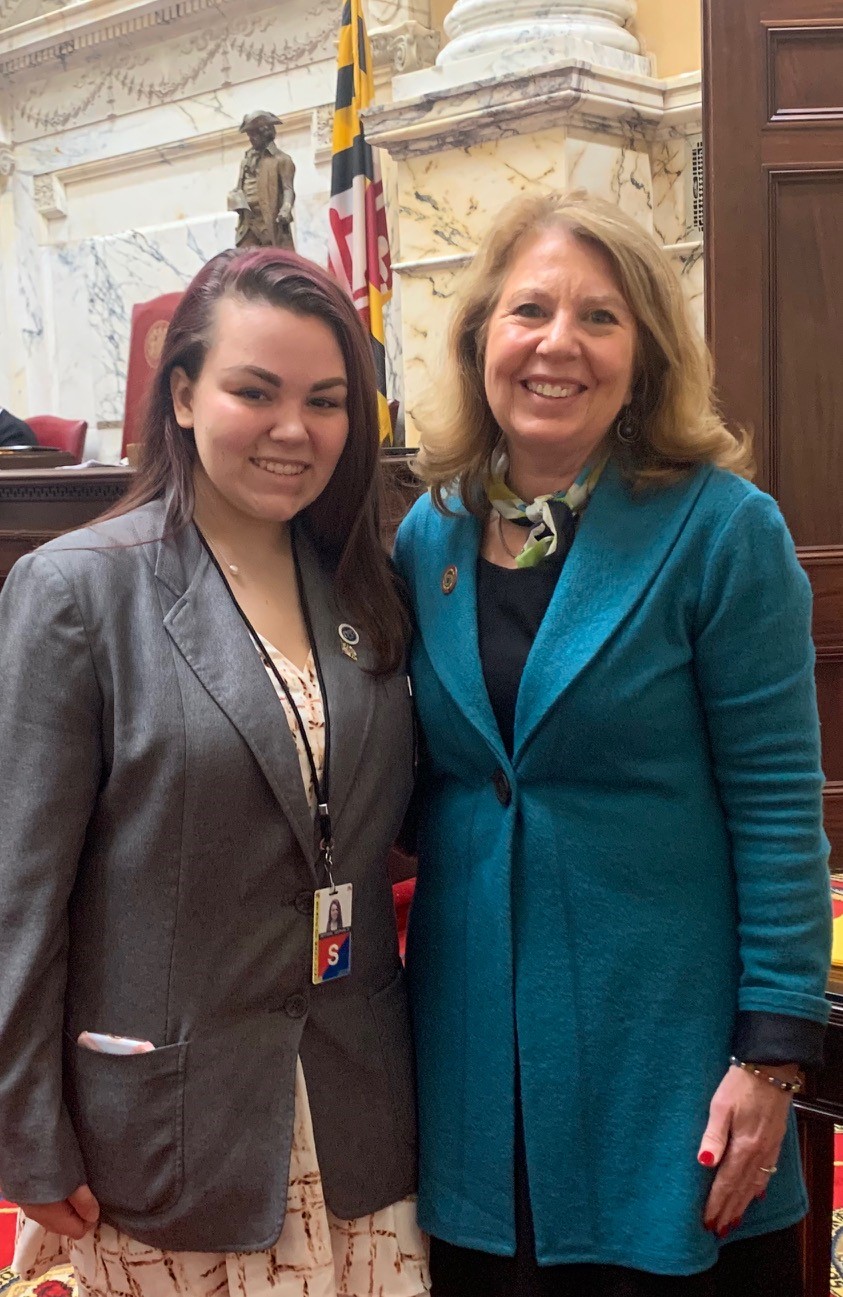 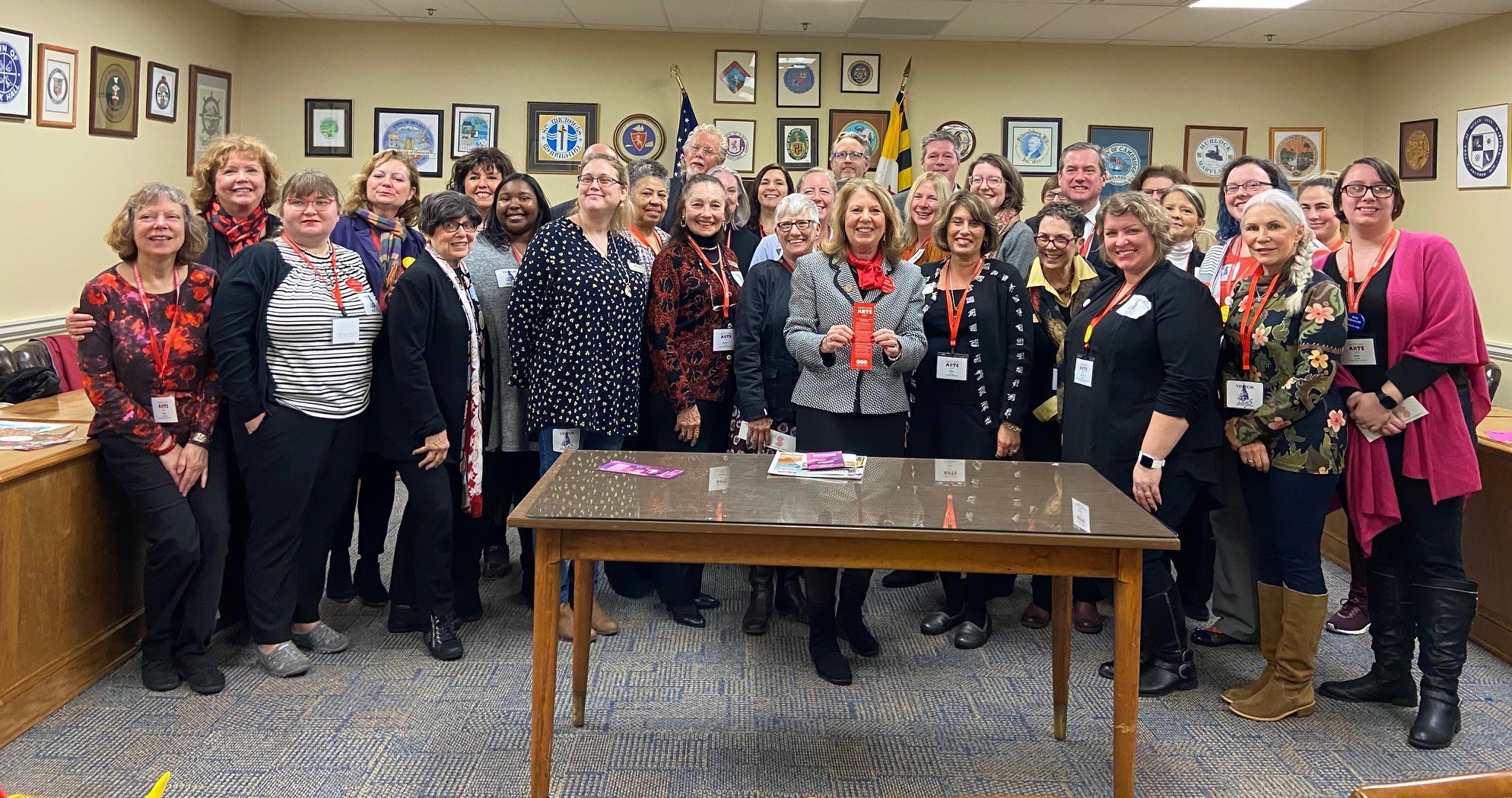 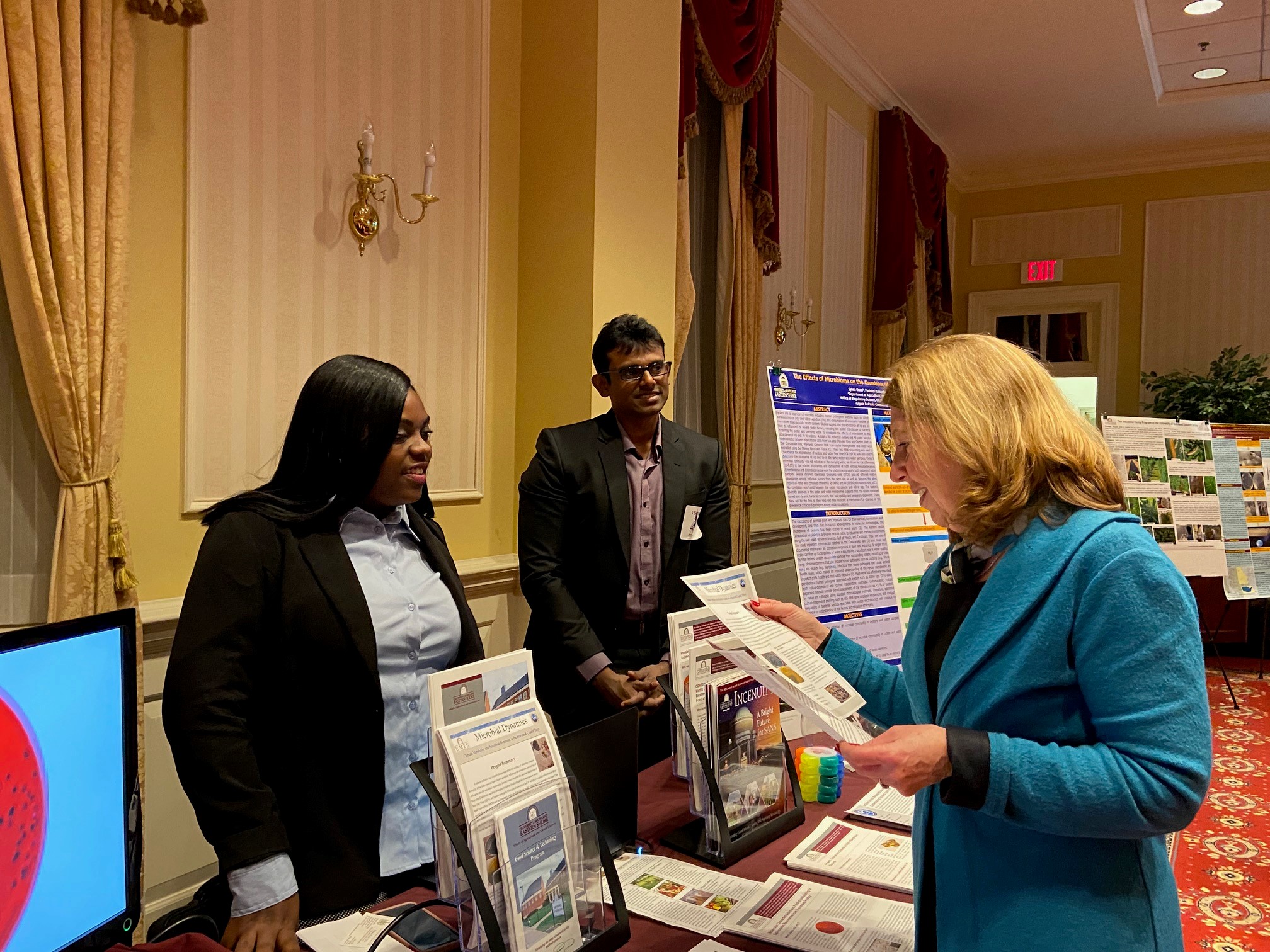 Learning about agricultural programs offered at the University of Maryland Eastern Shore on Advocacy Night.