Crossover week which already is crunch time in Annapolis became surreal with new procedures and schedules in place to expedite the work of the Maryland General Assembly in the event the legislature adjourns early due to the coronavirus. This is the time during session when bills must move from one Chamber to the other but has become stressed with the uncertainly of the impact of coronavirus on State House operations. This week Governor Larry Hogan and the Presiding Officers of the Maryland General Assembly announced major actions to prevent the spread of COVID-19 in Maryland, including restricting access to the Maryland State House. Also, the Maryland State Senate passed Governor Hogan’s Fiscal Year 2021 Operating Budget, as well as two of Senator Mary Beth Carozza’s bills.

Other actions include the prohibition of gatherings of more than 250 people; the closure of Maryland schools and senior centers; and mandatory telework for non-essential State employees.

“I would like to thank and recognize Governor Larry Hogan and his Administration, Senate President Bill Ferguson and Speaker Adrienne Jones for their leadership and coordination in response to the COVID-19 outbreak. Ensuring that my constituents have access to the most up-to-date and accurate information is my top priority.”

For more information on COVID-19 in Maryland: https://coronavirus.maryland.gov/

Senate Bill 403 would exempt farmers markets and produce stands from the Maryland Wage and Hour Law passed in 2019 and is cosponsored by Senate President Emeritus Thomas V. “Mike” Miller, Jr. Senate Bill 403 passed the Senate by a vote of 32-15 and will be heard in the House Economic Matters Committee in the upcoming weeks.

Senate Bill 477 would provide restaurants who wish to participate the option to obtain, store, and administer auto-injectable epinephrine. Participants would be required to be trained and certified by the Maryland Department of Health and a certificate holder may administer auto-injectable epinephrine to an individual who is experiencing or is believed in good faith to be experiencing anaphylaxis. Senate Bill 477 passed Senate unanimously and will be heard in the House Health and Government Operations Committee in the upcoming weeks.

Both of these bills still need to clear the House of Delegates, which may be challenging given the new tight schedule of the Maryland General Assembly due to COVID-19.

Shore items included in the Senate-approved budget are $1.6 million for the Ocean City Convention Center; $1 million for Ocean City Beach Maintenance; and $17 million for Holly Center in Salisbury. Also included in the budget is restored funding for developmental disabilities, Medicaid, and behavioral health providers ($39.5 million), and community colleges ($18.2 million) while including $1.2 billion in the rainy day fund and $129 million in cash reserves in the general fund.

“I am grateful that this ill-conceived legislation has been withdrawn by the bill sponsor, and would like to thank the dozens of commercial watermen from District 38 who shared their views with me and testified in opposition to Senate Bill 948,” Senator Carozza said. “While we won this week, the fight continues. I will continue to do all that I can to advocate for our commercial watermen and their families.”

With 24 days left of session, the number of Shore visitors in Annapolis has dropped as we move to the end of session and now in light of the State House being closed to visitors during the COVID-19 emergency. Shore visitors to Annapolis this week included Jared Schablein from Pittsville; Seamus Benn from Salisbury; Sam Harvey from Salisbury; the Stephen Decatur High School Varsity Wrestling Team, Coach Todd Martinek, Assistant Coach Josh August, and Principal Tom Sites; Kathy Emmert from Ocean Pines; Joan Roache from Ocean City; and Rebekah Simonds from Ocean Pines. 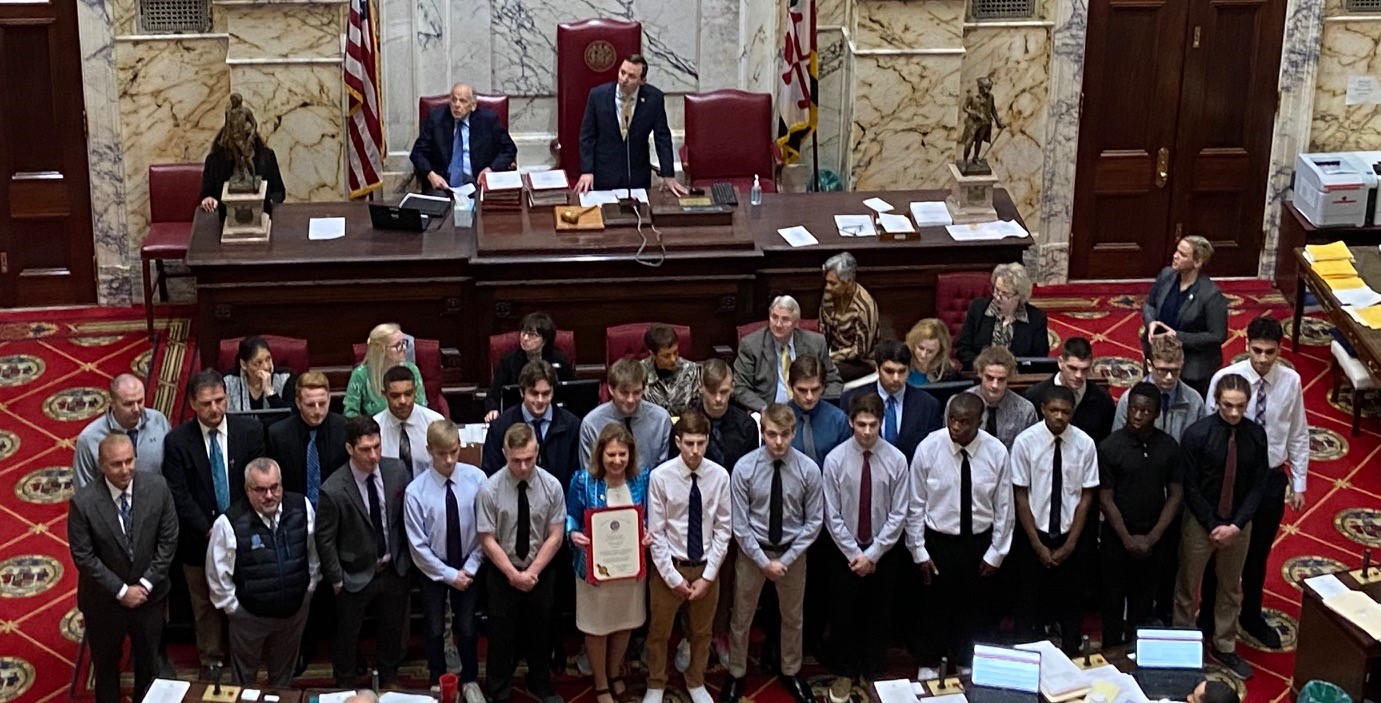