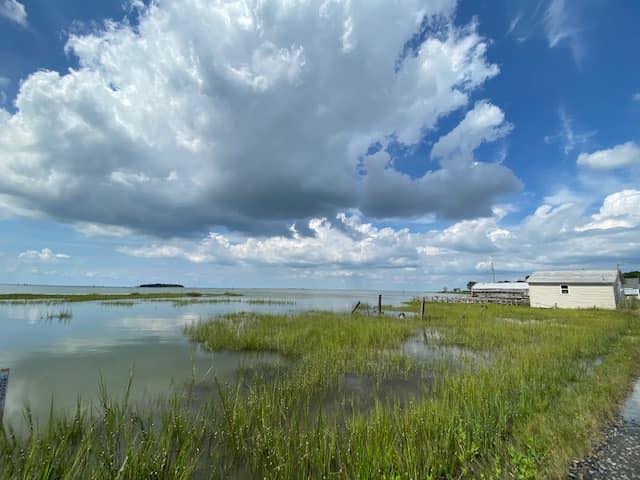 “While I recognize the extraordinary challenges that COVID-19 has presented in conducting our the 2020 election which has resulted in reducing the number of polling locations in Somerset County and across the state, I am deeply concerned about the disenfranchisement of Smith Island voters and urge you to take the necessary actions to allow for in-person voting on Smith Island on Election Day,” Senator Carozza said in her letter.

“With no polling location on Smith Island, voters who wish to vote in-person would be burdened with the cost of a boat ride, and with the risk and inconvenience to travel to the mainland to vote including the uncertainty of a storm or other weather conditions on Election Day making boat travel nearly impossible…Allowing in-person voting on Smith Island for one day only seems fully consistent with Governor Hogan’s request to facilitate maximum voter participation, minimize confusion and minimize risk. No other place in Maryland but Smith Island faces this situation.”

Senator Carozza will continue to work with county, state and federal leaders on this local priority. As a member of the Senate Education, Health, and Environmental Affairs Committee, which has oversight over election matters, Senator Carozza uses her position to ensure the integrity of the voting process and preserving the sanctity of “one person one vote.” 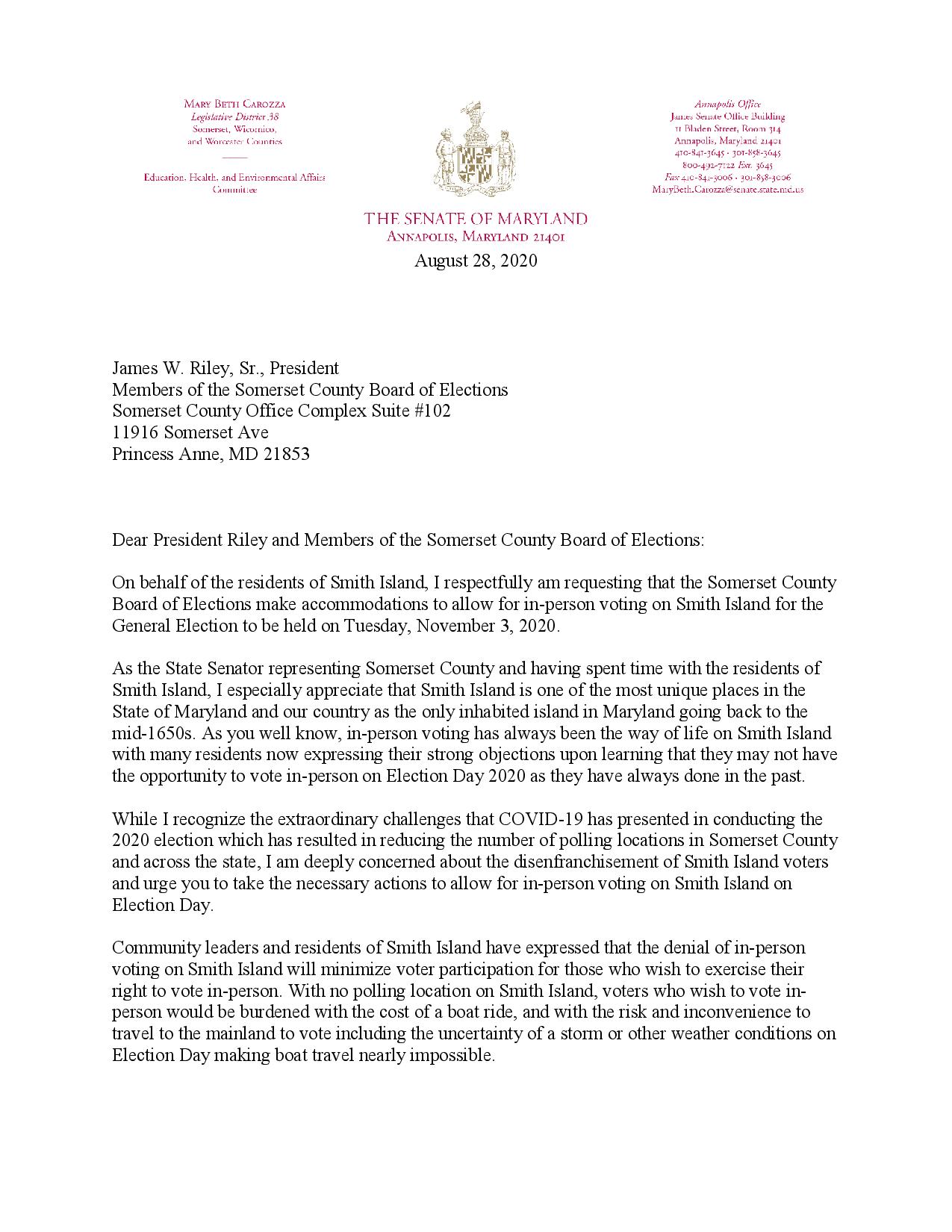 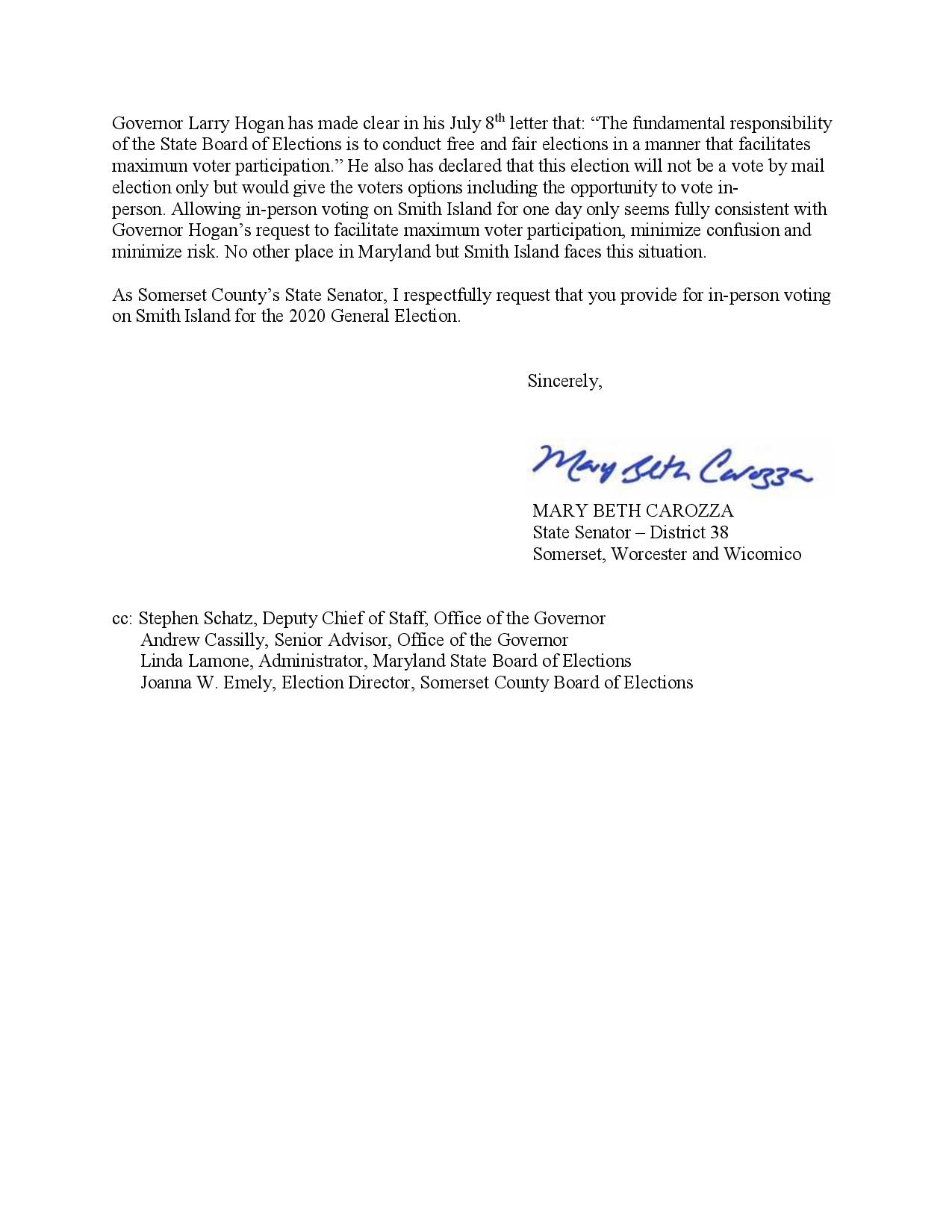