September 01, 2020
In a letter to Senator Mary Beth Carozza, Maryland Department of Natural Resources Secretary Jeannie Haddaway-Riccio agreed to move forward with additional wake signage for boaters and increased patrols by the Maryland DNR Police at the entrance of the Crisfield Harbor to address local boat safety concerns. She also wrote that “the Maryland Boat Act Advisory Committee has recommended not designating a ‘Slow Zone’ at this time. I have decided to uphold their decision however I do believe that you and several residents raised important points about safety concerns.”
The letter states: “To that end, I have instructed staff in our Hydrographics Unit to install signage in the area alerting boaters that they are responsible for their wake. I have also asked the Maryland Natural Resources Police to increase patrols of the area, particularly during heavy boating times.”
Senator Carozza who heard from several local residents about their boat safety concerns said, “While there were differences of opinion on how to address the safety issues, whether to have a “Slow Zone”, more signage or more patrols, I appreciate all for sharing their concerns and perspectives, and am grateful to Secretary Haddaway-Riccio for taking action on these local boat safety concerns. I support this DNR decision and actions.” 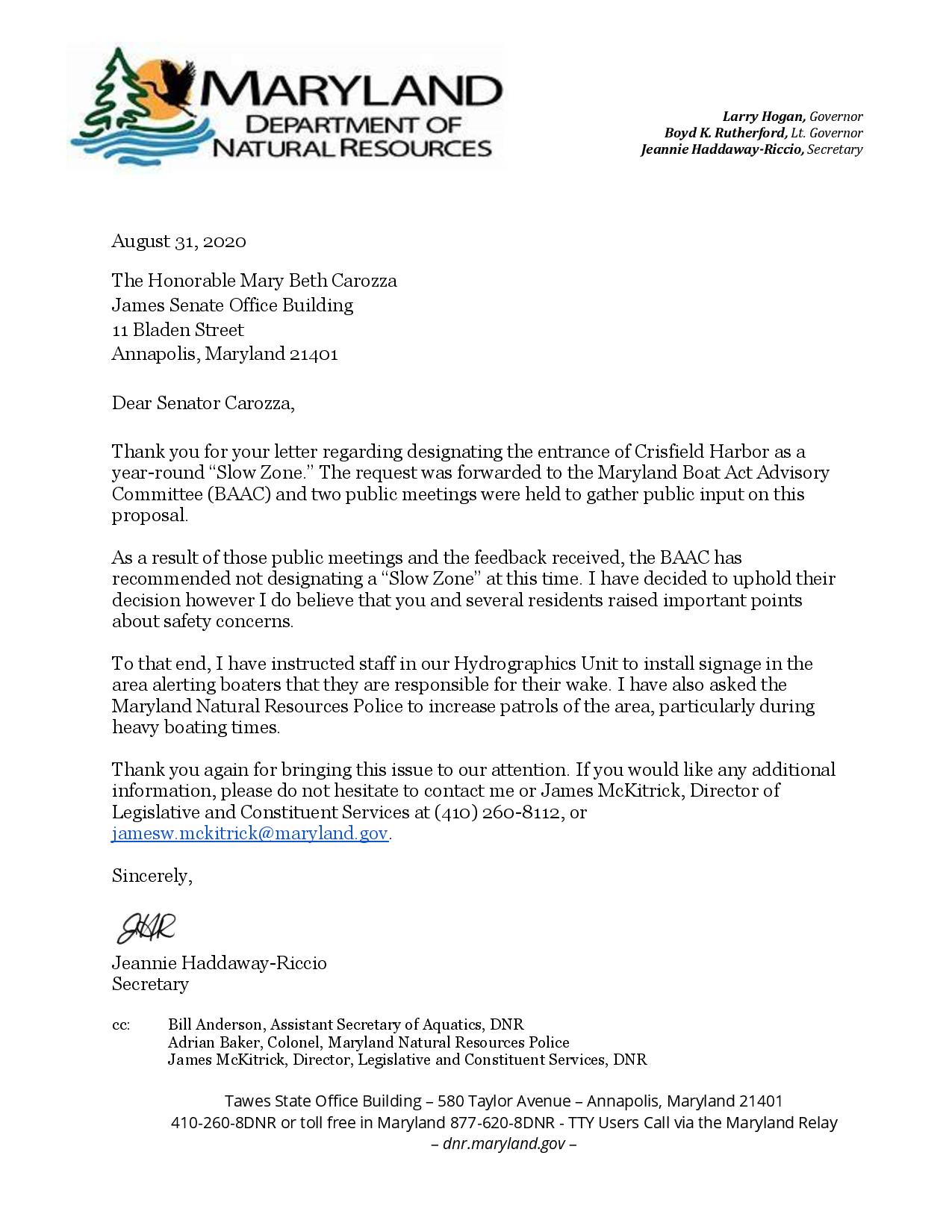