Thank you for your interest in my public service and for visiting my website. We want to hear from you, provide you with information about my Senate campaign, and use the website as a tool to work together on priority issues for Maryland's Eastern Shore. If you have not done so already and are interested, please sign up for my e-newsletter and photo/video updates. I am grateful for your support and hope to hear from you. Mary Beth 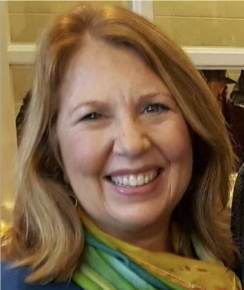 Senator Carozza joined with many locals and out-of-town visitors to the Tree Lighting in downtown Berlin, MD on the Friday after Thanksgiving to meet and greet those present and to ring the bells for charity.

“It was my pleasure to recommend Senator Carozza for the Governor’s Family Violence Council. Senator Carozza has been involved in these issues during her time as a legislator, and most recently as a member of the Child Custody Domestic Violence Workgroup. I know she will be a valuable asset in advancing the work and mission of the Council.”

The Governor’s Family Violence Council is charged with providing the Governor with timely and accurate information on family violence with recommendations to reduce and eliminate abusive behaviors. It is comprised of a dedicated group of government officials, law enforcement professionals, legislators, community advocates, victims’ rights representatives, state and local government representatives and survivors.

"I am grateful for the opportunity to serve on this Governor's Council focusing on preventing and reducing family violence in Maryland.  By working with all the partners including family victim organizations, child advocacy groups, and law enforcement, we can advance policies and community initiatives that better protect more Marylanders from family violence," said Senator Mary Beth Carozza.

Senator Carozza joined with many locals and out-of-town visitors to the Tree Lighting in downtown Berlin, MD on the Friday after Thanksgiving to meet and greet those present and to ring the bells for charity.