Raised in Ocean City, Maryland, I grew up on the Shore working with my parents and siblings in our family’s business, “Beefy’s” on 17th Street in Ocean City. The building still stands today. There I learned the value of hard work

I attended Ocean City Elementary School, Berlin Middle School, and am a 1979 graduate of Stephen Decatur High School, where I played on the tennis team and competed in tournaments in Salisbury and throughout the Eastern Shore.

After high school, I went on to graduate from The Catholic University of America with a Bachelor of Arts in Political Philosophy and a Master of Arts Degree in American Government, while also completing the Harvard Senior Managers Government summer program.

I am the proud daughter of Mary Pat and Tony Carozza, long-time local community and church leaders, who currently reside in Ocean Pines, and am the proud aunt of four nephews and three nieces. 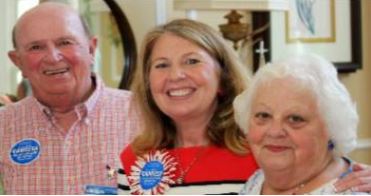 Today, I continue that family tradition as an active and long-time member of St. Mary Star of the Sea Parish in Ocean City where I am a fifth-grade Sunday school teacher.

Mary Beth has dedicated her life to public service, excelling in senior leadership positions at the state and federal level.

Her depth of experience includes holding key communications and management positions for members of the U.S. House of Representatives and the U.S. Senate, including Chief of Staff to Congressman Dave Hobson of Ohio. Mary Beth served in the Administration of President George W. Bush where she worked with distinction under the leadership of Defense Secretary Donald Rumsfeld as Deputy Assistant Secretary of Defense for Legislative Affairs.

While working at the Pentagon on 9/11, Mary Beth scrambled with others to keep communications open with Capitol Hill and the rest of the world. For her efforts on a day that changed America and in recognition for her service at the Pentagon, Mary Beth was awarded the Secretary of Defense Medal for Outstanding Public Service.

In 2003, she was asked to serve as Deputy Chief of Staff in the Office of Maryland Governor Bob Ehrlich. While there she worked to advance the critical priorities of local Shore officials, business and community leaders.

Following her work in the Ehrlich Administration, Mary Beth served as Deputy Staff Director of the U.S. Senate Homeland Security Committee and Chief of Staff to Congressman Steve Stivers.

In 2014, Mary Beth was elected by a large majority to Maryland District 38C which covers northern Worcester County and the Eastern part of Wicomico County.

After a single term, she was encouraged to take on the challenge of running as Senator of Maryland District 38. She was elected to the Maryland State Senate on November 6, 2018 and sworn into office on January 9, 2019. She currently serves on the Senate Education, Health, and Environmental Affairs Committee, the Women's Caucus, and the Veterans Caucus.

In March 2019, Senator Carozza was recognized by The Daily Record as one of “Maryland’s Top 100 Women” for 2019. This honor is given to women for their professional achievement, community leadership, and mentoring. Throughout Senator Carozza’s public service, she has strived to build people and communities up and looks forward to continuing to do so.

In April 2020, Senator Carozza was recognized by the Maryland Municipal League as a Municipal Super Star. Carozza is one of eight lawmakers to receive this award for going above and beyond on behalf of municipal government during the 441st session of the Maryland General Assembly. Senator Carozza has prioritized working with local mayors and town council members on shared priorities to advance the Shore way of life. 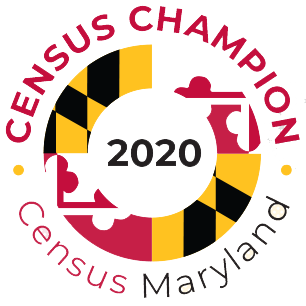